The industry where thin is the only trend that is and always has been in, is finally willing to acknowledge the big fat truth: most real women do not look like super skinny supermodels.

In fact, with the amount of fat people officially outweighing the thin in the US population (where 62% of all women are overweight), and with the belt-tightening economy not letting up just yet, the fat averse fashion industry can simply no longer afford to dismiss this growing market of consumers.

So tomorrow, 16 September 2010, amid New York’s prestigious Fashion Week, a group of American designers will finally present a fashion show solely dedicated to fuller-figured fashionistas. Although the event is not officially part of the Mercedes Benz Fashion Week, it is being hailed by many as a long overdue step in the right direction.

But before you sneer and say that it is only ‘those Americans who are so out of control fat’, listen up: the scales have steadily been tipping in South Africa as well, and a recent survey has revealed the sobering statistics that 60% of all South Africans are overweight, obese or morbidly obese, with Cape Town leading the pack as the local city where a whopping 72% of all residents are overweight.

And not all of them want to be restricted to an uninspiring wardrobe filled with shapeless muumuus, stretch trousers and unflattering tunics. Tomorrow’s New York show, presented by US retailer OneStopPlus and hosted by famous plus-sized model Emme, will hopefully set off a global trend and provide fuller figure women with more stylish options. Don’t just continue to ignore the elephant in the room; dress it up!

Some big name designers have already decided to do just that: Marc Jacobs recently announced plans for a plus-sized line and in the US, high-end retailer Saks Fifth Avenue have already expanded its offerings to include clothes to lure more voluptuous size-16 plus customers.

It is not that these retailers and designers who are now willing to embrace a larger customer base have suddenly developed bigger hearts and tolerance. As with most things, money is the main motivator here.

“This is an under-served population who possesses huge spending power,” explains Gwendolyn DeVoe, a former plus-size model and creator of Full-Figured Fashion, a series of fuller figured fashion events held in cities all over the US. But DeVoe reckons, so what if they are not necessarily altruistically motivated?

“Designers are finally acknowledging that plus-size fashion is a billion-dollar industry, they’re hearing our voices, and they’re ready to move in a more positive direction that’s good for all concerned—it’s good to be included, because you know what? We’ve never been invited to the party before.”

The web and fashion 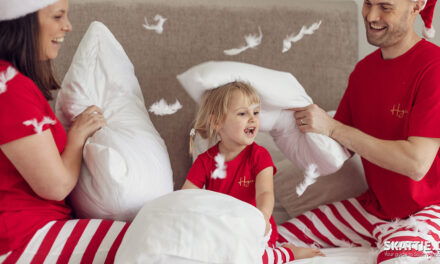 Sounding Off About The Vuvuzela