Branded team uniforms aside, sports and fashion are not usually equated with each other. Yet a well known South African designer is of the opinion that the soccer fever that has been gripping the country for the past month, courtesy of the 2010 FIFA World Cup, will be reflected in our clothing long after the tournament’s final whistle has blown.

Since the World Cup kicked off here on our sunny shores, South Africa has been awash in a sea of bright, cheerful yellow as fans of all ages enthusiastically donned Bafana Bafana’s colours to show their support to the national team. Not even chilly winter temperatures and the team failing to quality past the first round managed to turn the country blue.

According to local designer Gavin Rajah, this predominant use of yellow and other bright colours has cemented South Africa’s international reputation as that of ‘sunshine country’. What’s more, he thinks it will last way past this soccer season.

“I think that in the coming year, the yellow inspired by Bafana Bafana will be a big trend for fashion collections. It’s very nice to see [the] use of colour and people embracing that,” Rajah told a local newspaper. “Other countries have always had a distinctive identity in terms of their colours, but South Africa has lagged behind in this area. We have been stuck in an era of buying rugby merchandise, but that will change now.”

He says that it is already great to see how major international brands such as Nike, Adidas, Reebok and Puma, have collaborated to create better looking, sports-oriented merchandise.

“The styling is better and the clothes fit better. Designers around the world have produced the clothes. The style is more contemporary and more relevant to the person on the street. Everybody has taken on a more sporty look. People are going out in football shirts.”

But the football-inspired fashion has not just been limited to the usual sporting apparel manufacturers. Several haute couture labels have also released items that will allow even the most finicky fashionistas to get some football fashion kicks.

Those who do not want to flaunt their support but still wear it close to their skins, Calvin Klein has released its X Global Underwear line for the occasion. Each pair of the low rise trunks in the line comes in the colours of the flag of a country participating in the World Cup. The country’s name is printed at the back of the shorts and appears in that country’s native language (so in Italy’s case, “Italia” is emblazoned across the back of the trunks). Since no supporter of a rival team will see your skivvies, there is no risk that you will suffer from any butt kicking or that you’ll end up being the butt of jokes for showing such intimate loyalty to your team.

All this choice of soccer apparel leaves us wondering: will a local designer have the gumption to immortalise the vuvuzela as a necessary fashion accessory? Perhaps as a pair of dangling earrings?

Proof That Style Has No Age Restriction

Get Your Vintage Fashion Fix 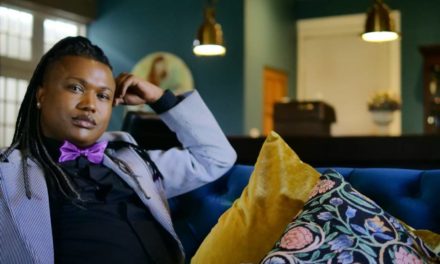